Every year, Sir John Mann leaves a sum of money from his will for Carnwath Primary to award two pupils with a Dux Award.  Every year this award is calculated through many different measures of academic achievement within many areas of the curriculum, including within Reading, Spelling and Mathematics assessments as well as through Social Studies,  Languages and Science in a General Knowledge Quiz. This year, after totalling all of the scores, two pupils gained exactly the same score and are therefore joint Dux Award Winners!

We are delighted to announce the winners of the Dux Award for 2016 are Katie Boertien and Ruaridh Logan! Well done to both of you for achieving academic excellence across the curriculum!  We are very proud of you! 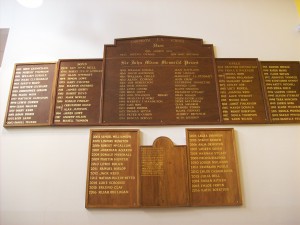 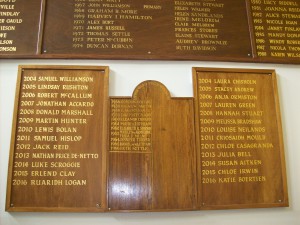 Throughout the year the children work within house teams to try to earn trophies at the final assembly.  We are so proud of every child who has worked hard to earn points which went towards these final awards.

The Overall House Trophy was won by Somerville House! Every child in the school earns house points throughout the year by working hard, being respectful, lining up well and these points are added together and announced weekly by the House Captains at assembly. At the end of the year all of the points are added together and Somerville House gained the most!  Well done! 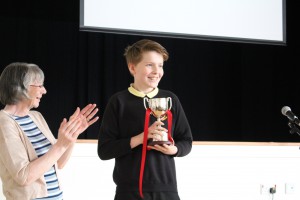 The Overall Sports Trophy was won by Couthally House!  Again, every child in the school earned points on sports day, while competing in House teams. These were added together and Couthally gained the most points! Well done! 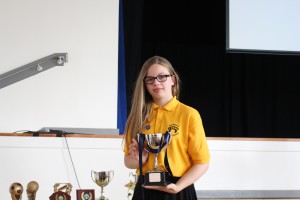 The Inter-house Tug Of War Trophy was won by Somerville House! 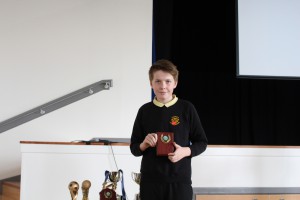 The Inter-house Relay Trophy was won by Couthally House! 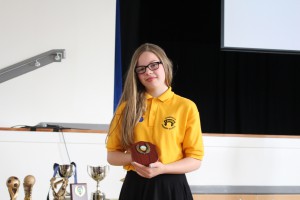 Children in P5-7 took part in Inter-house Sports activities throughout the year, such as Hockey, Netball, and Football. The results of the winning houses are as follows –

The Inter-house Hockey trophy was won by Medwyn House! 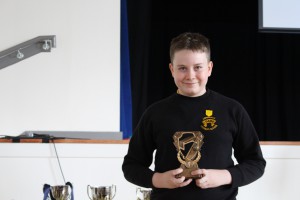 The Inter-house Netball trophy was won by Somerville House!

The Inter-house Football trophy was won by Couthally House! 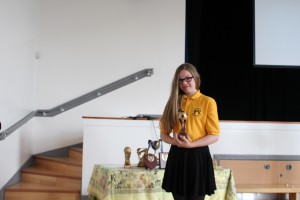 Primary 7 entertained us all for the very last time on the last day of school with a whole host of their memories from their 7 years at Primary School. They had us all laughing at their dramatization of memories such as ‘testing’ the shatterproof rulers over the years (without staff consent or knowledge! :)) and of funny incidents, dances and songs from their years at Carnwath. Their finale consisted of a hilarious ‘Mr Motivator’ style French aerobics class and a tear-jerking reworded version of 7 Years by Lukas Graham.  They were each presented with their final gift and certificate as the rest of the school sang the ‘Leavers Song’ to them.

Primary 7, you have been such a wonderful class, you have worked very hard and made amazing contributions to our school over the years. We shall miss each and every one of you and know that you will go on and continue to be successful. We wish you very well in your future and do keep in touch!  Best of luck at High School from us all at Carnwath Primary School. 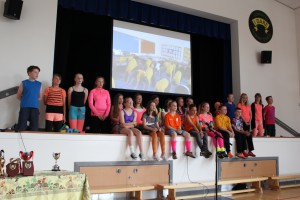 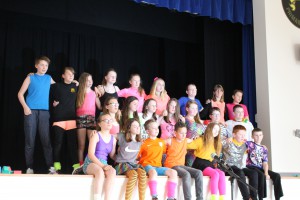 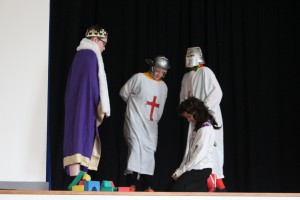 Memories of the William Wallace topic 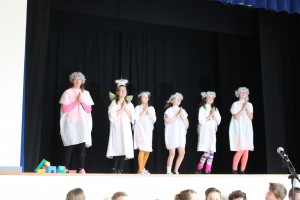 Memories of an Angels dance in P2 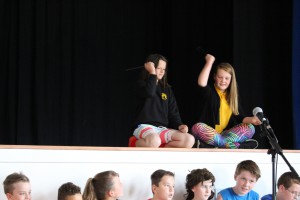 It seems every child at some point in school tried to break a ‘shatterproof’ ruler!

Congratulations to the children who were nominated as ‘Citizens of the Year’ at the Leavers Assembly on Friday 24th June.  These children were deemed to be the most respectful, kind and caring children in our school.  It was a very tough decision because we are very proud to say that ALL of our pupils are respectful, kind and caring and this has been evident throughout the year when they have received Citizen of the Week awards and have also gained thousands of points for their House.  We would like to say a huge well done to all of our pupils for being the best they can be this year! 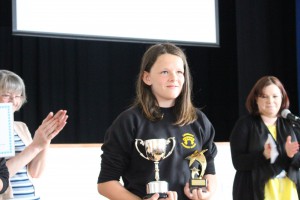 Congratulations to our overall Citizen of the Year! 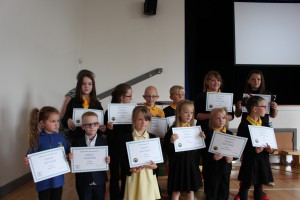 Class Citizens of the Year