Congratulations to our school Eco Committee, led by Mrs Coubrough and Mrs Cochrane, who have worked extremely hard this year to gain a fifth Eco Flag for our school!  This is a huge achievement and we are very grateful to them for their hard work!

The following themes were our focus –

Litter – with a focus on face masks

Water – with a focus on pollution in oceans

Waste – with a focus on minimising waste. 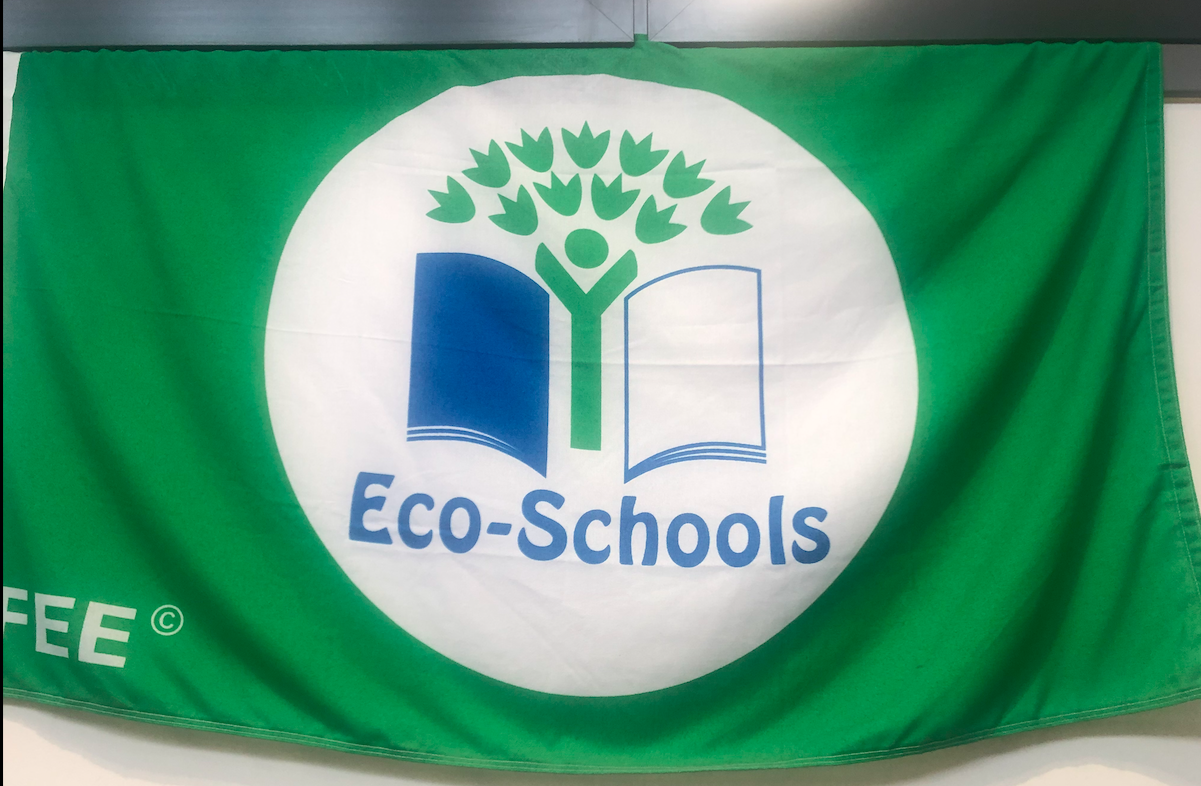 Every year at the end of term we issue awards to pupils who have achieved above and beyond the norm.  This year, although we were unable to host our awards ceremony in the usual way, we were still able to allow the pupils to take part in the awards ceremony, via a Google Meet in their own classroom. We always end the year proud of our pupils but this year the children have surpassed our expectations in every way, in what has been a very difficult year.  The children coped admirably with the many changes which were brought about due to Covid and they have remained positive and hardworking throughout the year during home learning and learning in school.  We are proud of each and every child, whether they received an award or not.

CITIZEN OF THE YEAR

Congratulations to the children who were nominated as ‘Citizens of the Year’ this year.  These children were deemed to be the most respectful, kind and caring children in our school.  It was a very tough decision because we are very proud to say that all of our pupils are respectful, kind and caring and this has been evident throughout the year when they have received Citizen of the Week awards and have also gained many points for their House.  We would like to say a huge well done to all of our pupils for being the best they can be this year, especially considering the circumstances surrounding Covid 19.

Congratulations to the following pupils who have worked exceptionally hard and made significant progress in their learning throughout the year.

As we live our lives there are times when things don’t turn out as we would wish and we have to learn to deal with these setbacks.  Some children, like some adults, have more resilience than others.  We know that children can be taught strategies that help them become more resilient.  Over the course of the past year we have started to teach the children about resilience.  This is particularly important given the times in which we have been living.
As a legacy upon her retirement, Mrs Easton decided to donate an annual trophy to be awarded to the child who showed the most resilience across the year.  Within each class there will be a certificate awarded to the child who is most resilient and then from these children one child will be awarded the ‘Pamela Easton Resilience Award’.

Every year, Sir John Mann leaves a sum of money from his will for Carnwath Primary to award two pupils with a Dux Award.  This award is calculated through many different measures of academic achievement within many areas of the curriculum, including through Reading, Spelling and Mathematics assessments as well as through Social Studies,  Languages and Science in a General Knowledge Quiz.

Congratulations to you both!

The children earn points all year for being good citizens and for displaying good manners, behaviour and for working hard. These points are counted each week by the House Captains, with support from Mrs Shearer and the weekly total for each house is announced to each class. At the end of the year, the points determine which house has won overall.

This year the winning house was – COUTHALLY.

Well done to every child who has earned points for their house.

Sports were slightly different this year but we did manage to do most of our interhouse sports events in our class bubbles and each class had their own sports day, earning individual points which contributed to their house overall scores.  The results are as follows –

Children in Nursery and P1 – 3  are all working very hard in class and, as before, they receive various awards, points, stickers and certificates throughout the course of the day and week while at school.

We will continue to recognise the efforts of the children who are in P4 – P7 who are still working very hard at home. The staff working with them on their Google Classrooms have awarded ‘Online Star of the Week’ awards to the following children:

P3/4/5 -Lilly Douglas – for putting excellent detail into her answers and working hard.

P3/4/5 – Hollie Newlands – for showing great perseverance and being a great learner.

P5/6 -Barrie Forrester for making an effort to have work submitted in time.

P5/6 – Lewis Gardiner – for always responding to feedback and putting 100% effort into completing his work independently.

P6/7 -Holly Frame – for making an excellent effort to keep up with online learning and always putting in 100% effort with every task.

P6/7 -Sophie Douglas – for working hard and trying her best. 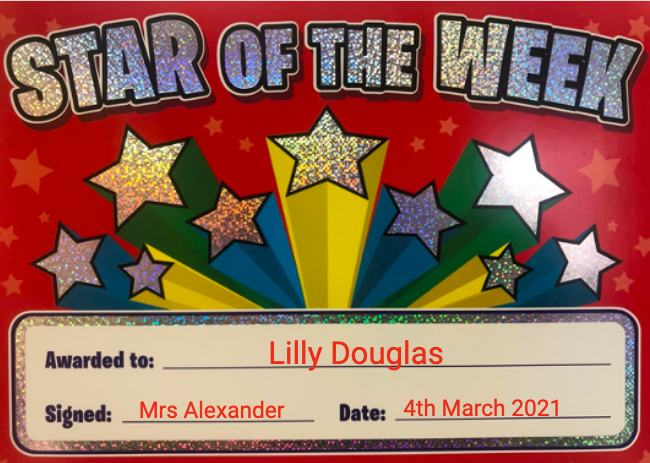 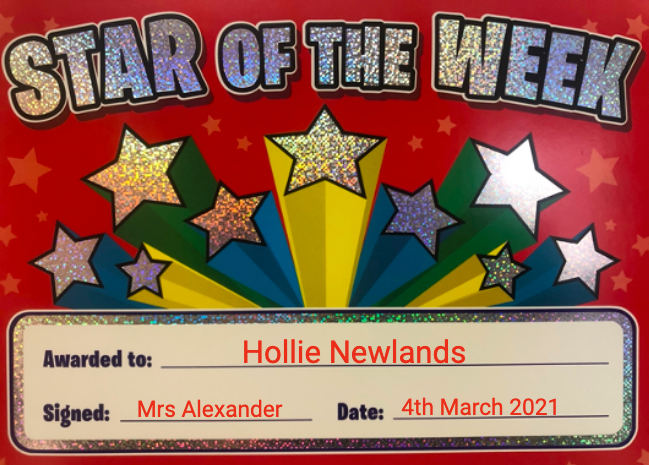 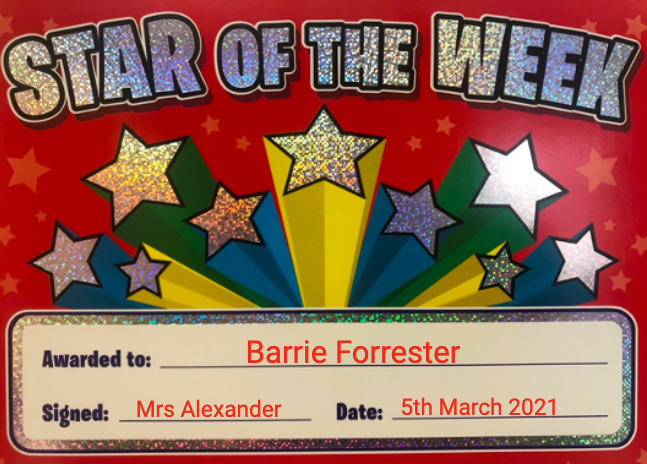 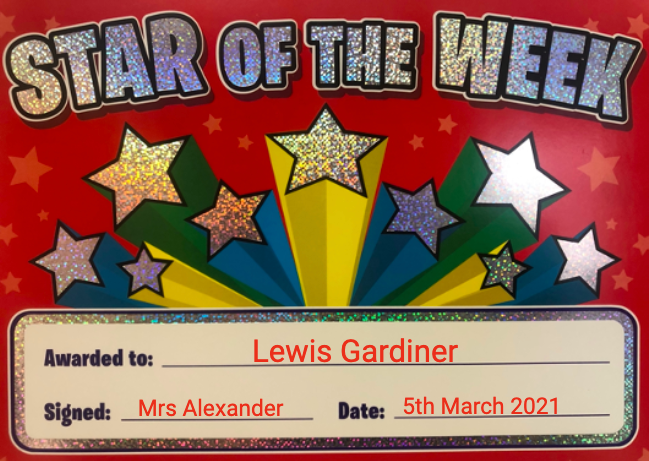 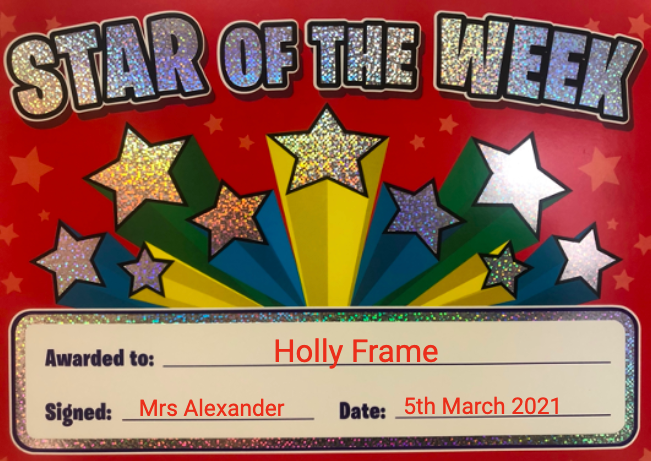 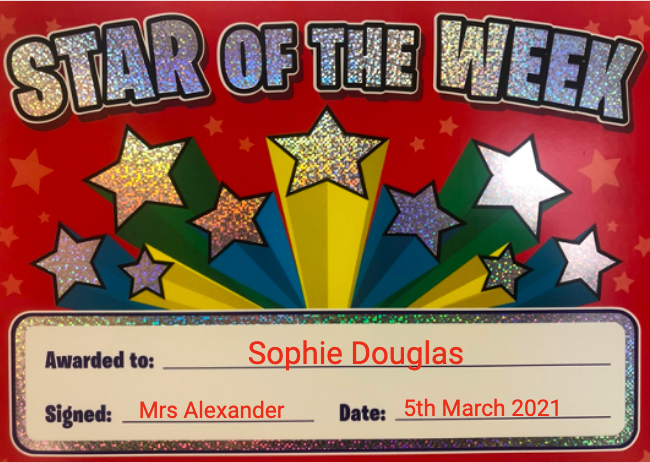 Children in Nursery and P1 – 3  are all working very hard in class and, as before, they receive various awards, points, stickers and certificates throughout the course of the day and week while at school.

We will continue to recognise the efforts of the children who are in P4 – P7 who are still working very hard at home. The staff working with them on their Google Classrooms have awarded ‘Online Star of the Week’ awards to the following children:

P5/6 – Caleb Brownlee for great work on his Numeracy and always responding to feedback.

P6/7 – Natasha Tse for trying her very best with all her online learning.

P6/7 -Lexie Millar for a super effort with all Google Classroom tasks and always responding to feedback. 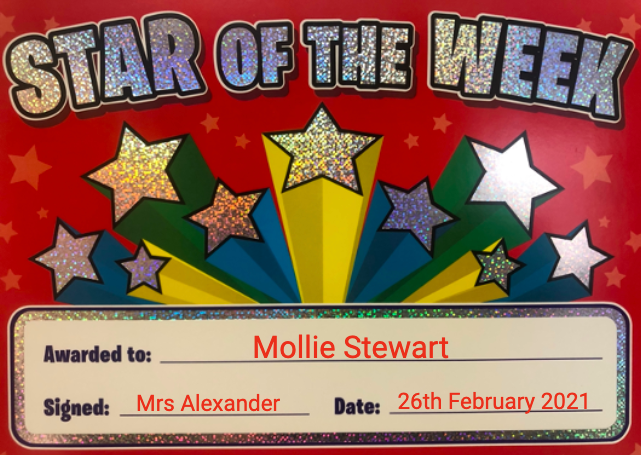 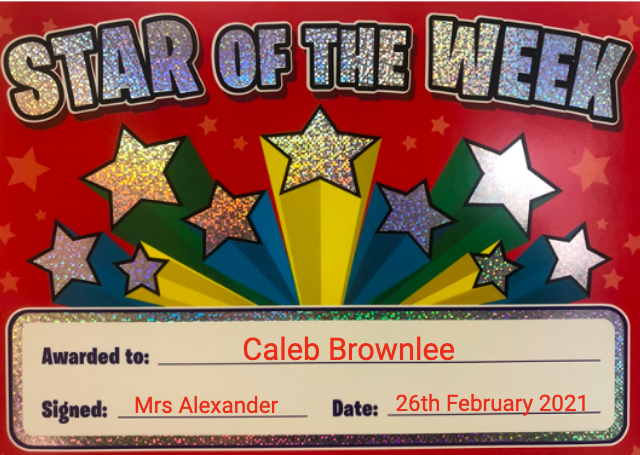 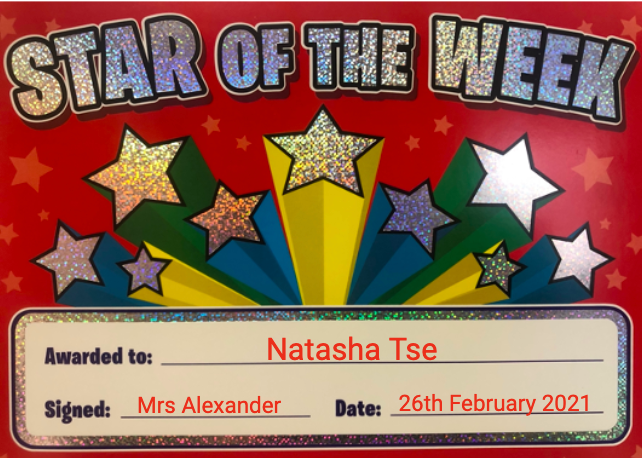 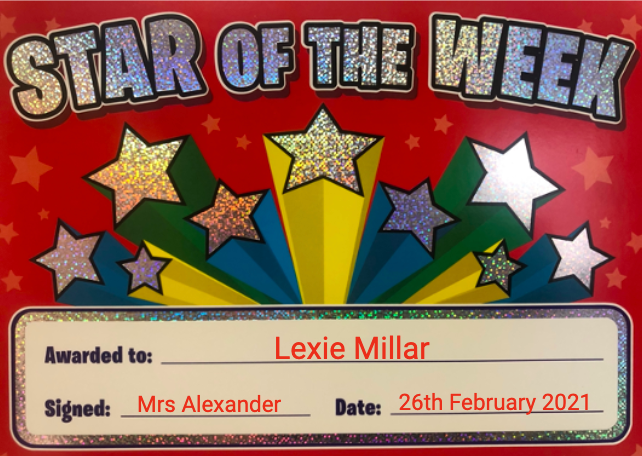 We have yet again been delighted by the efforts made by our children online this week.  Despite having to learn new technology and work in a very different way, the standard of work has been outstanding week on week.  We recognise this and award a weekly ‘Online Star of the Week’ award for those who have worked especially hard.  All staff have been asked for their input and these are this weeks winners –

P1/2 –Kaleb Shaw-Gauld for excellent effort and working hard on all his tasks.

P3/4/5 -Ben Graham for having a really good positive attitude and going above and beyond on National Kindness Day.

P5/6 -Cole Dunbar for super effort in his writing and adding in extra detail!

P6/7 -Katie Wilson for making a super effort with all home learning tasks and making great progress in literacy and maths. 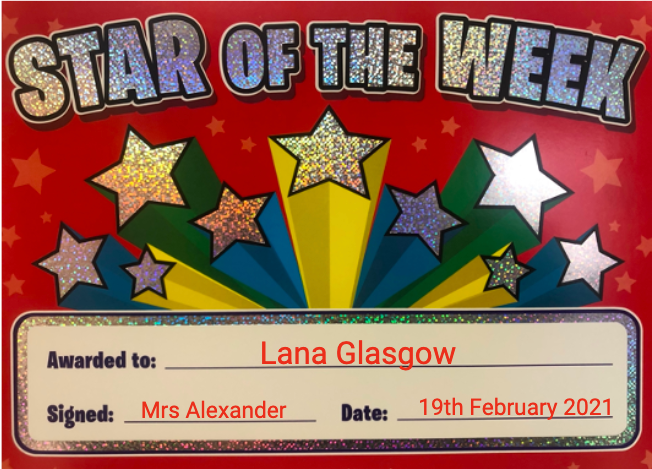 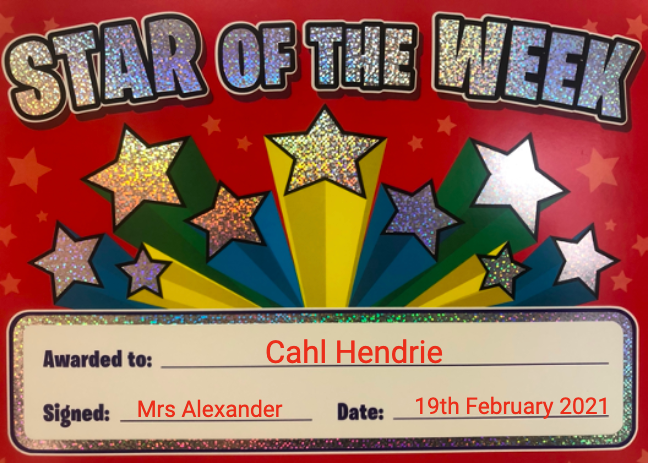 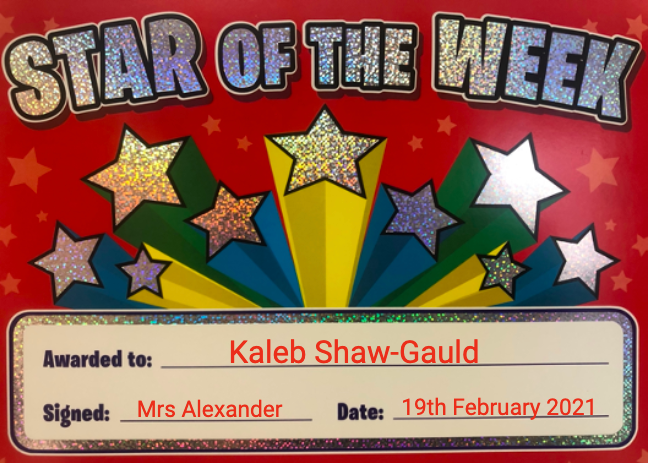 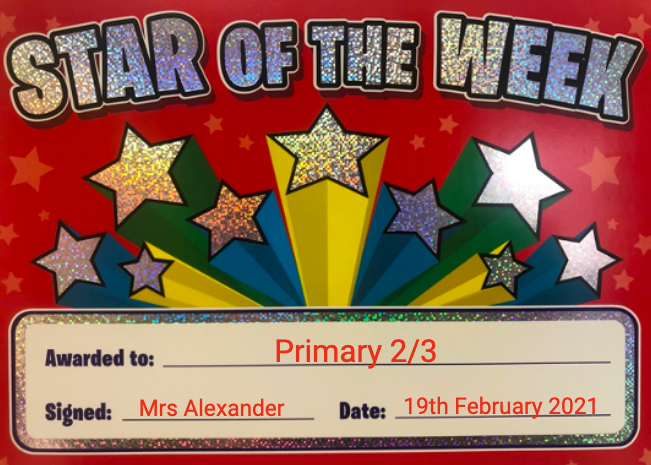 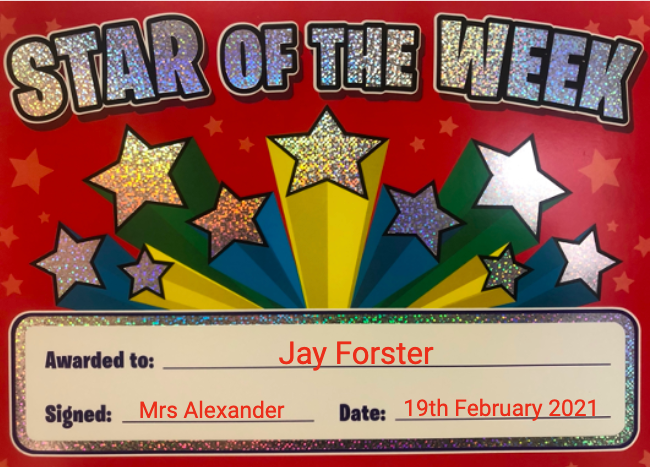 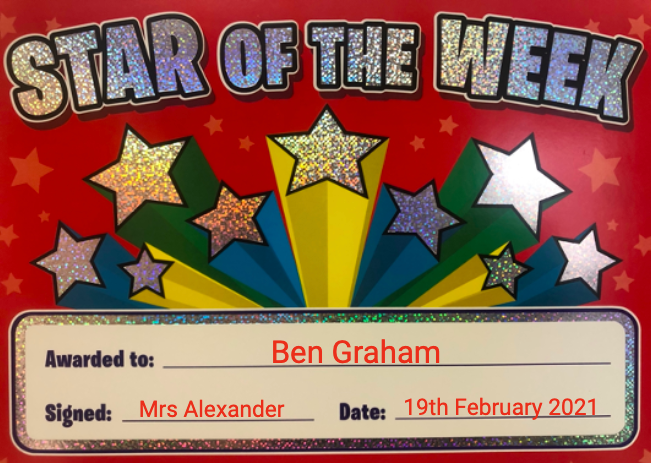 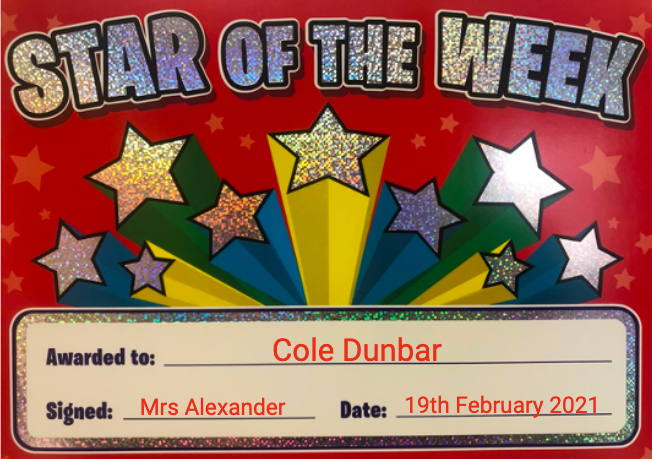 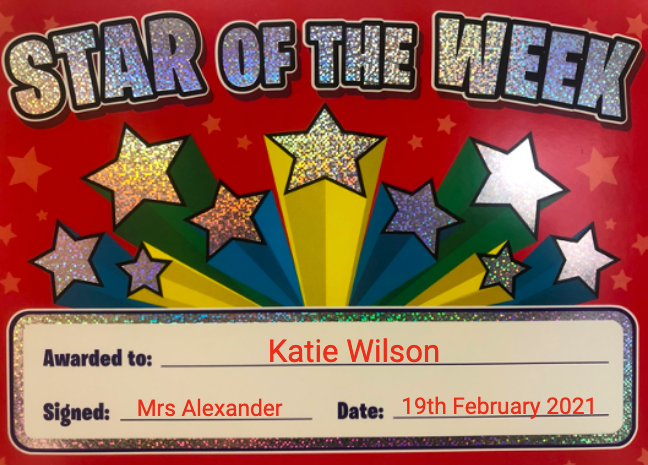 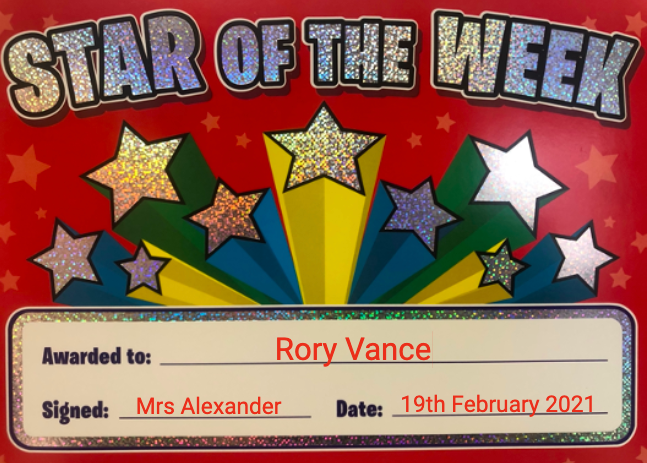